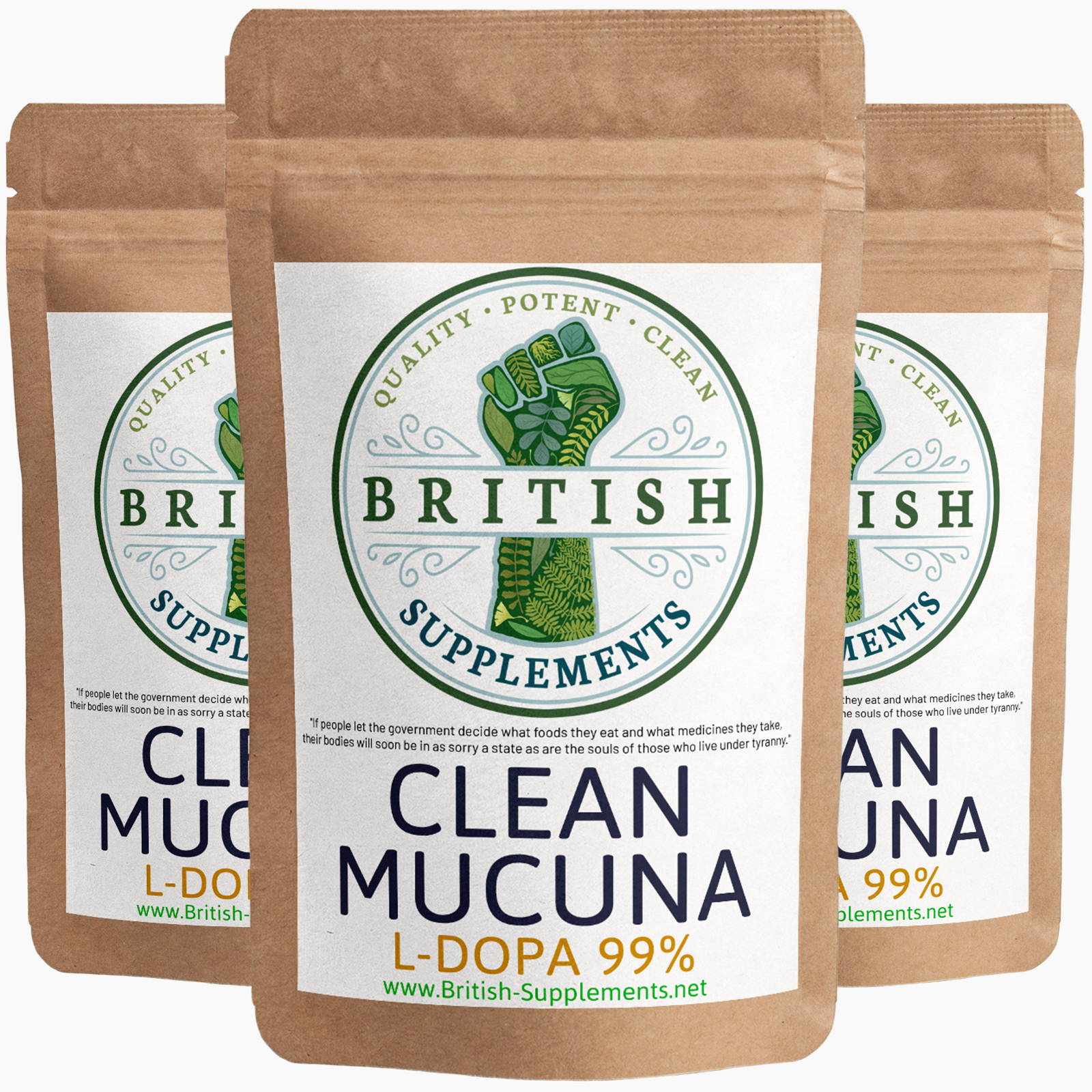 I have been taking Macuna for about 4 months now, I have neurological problems from Lyme disease and also undiagnosed adhd type problems. I saw a review about this product and so decided to try it out. It made me a little nauseous and tired so I decided to use it at night. Bingo, suddenly I am sleeping so much better, my focus and thoughts are so much better, my neurological symptoms have reduced considerably and my quality of life has changed completely. I am so much more alert, I can concentrate to read again and my dark moods seem to have improved also. I am not walking into doorways anymore either. I would recommend anyone who is thinking about trying Macuna to do themselves a favour and try it. If it makes you nauseous or tired take it at night. Its a game changer for me, I want to thank British Supplements I feel better than i have in years.

I have cerebral palsy, and besides the physical aspects of my condition, I’ve always had behavioural traits similar to ADHD - executive dysfunction, hyperactivity, easily distracted, sleep disorder, etc.. Mixed with GAD! Never diagnosed for my behaviour though, besides the anxiety, Drs just class it as “part of the neurological damage”.

I’ve tried various supplements in the past with no success (CBD etc), so I know the placebo effect doesn’t work for me..

I’m now 34 and decided to research clean supplements which may help.. After discovering British Supplements, I decided to give Mucuna a go … I took an impulsive leap of faith and ordered 6 months supply straight away! Risky.. but worth it!

My gamble paid off. I’ve been taking them for over 2 weeks now and have waited to see the effects before leaving a review.

Luckily, for me, I haven’t experienced any unwanted side affects. Just in case, I started taking them at night.. I slept solidly for the first time in years! Each night has been similar, my sleep is more regulated now.

It only took a matter of days for me to notice improvements with my executive dysfunction and concentration. I certainly feel less anxious and have more energy (possibly down to the improved sleep patterns!)

I know everyone is different, and others may react differently. But for me, Mucuna has literally been a little miracle I’ve been waiting for years to find. Knowing it’s a clean product is also really reassuring. Thank you British Supplements.. I’ll be a loyal customer for sure!

Very impressed so far, after suffering from extremely powerful menopausal night/day sweats. It hasn't stopped them in their tracks but they're vastly reduced to a manageable level. I take these along side Red Clover Ashwagandha Magnesium L-theronate plus many more!
I had tried the menopause stack but like Chris says play around and find the stack that works for you. One size doesn't always fit all, give it time.

A
Andrew H.
A vital supplement for my Parkinson’s Disease

I have Parkinson’s Disease. I am prescribed Sinemet 3x3 a day. However, I swap out 1 of my Sinemet each time for a mucuna extract and it makes a huge difference.

Let customers speak for us

from 11390 reviews
Reliable and Honest!

I ordered Tongkat Ali which assists in Testosterone balance and the main benefits were simply amplified by this product from British Supplements, I believe there is quality in their product and that it definitely helps!

I have Crohns, had it about 35 years. This product really helps me with settled tummy I have know idea why but I went on hols and didn’t take them and very much regretted it.

I never actually received my supplements, I did respond to an email confirming address, but nothing 🤷🏼‍♀️

I have been taking Magnesium L - Threonate for nearly a month now alongside Lions Mane in the morning and Ashwaganda In the evening. I struggled with lack of focus but I feel a difference already! I actually get through my to - do list and have been able to stick in a daily routine, which is something I have struggled with since a child and I am a lot more productive as of recent. I feel a lot more relaxed at night time / have less anxious thoughts before bed which I assume is from taking the Ashwaganda before bed. I’m only nearly a month in so maybe need to take it for longer to feel the full benefits but I am definitely happy with the results so far. I am very grateful for British supplements for selling such good quality natural products. If you’re reading this and you have any any health issues you want to correct or just improve your quality of life make sure you look to sort it the natural way through research / herbs / good diet / exercise and meditation - you’ve got this!

I have now been taking B12 for at least five months and as a vegetarian I wouldn’t be without it. During that time I have also been recovering from depression with a good dose of anxiety. Avoiding the chemical antidepressants, B12 has helped me on the way to recovering my energy, along Vit.C, D & K. I take quite a few of other supplements now but B12 is definitely my staple. With BS I can be confident I am getting the best to look after my health.

I have to say the product has made a change to body system in that I'm have issues with Spinal Stenosis so the nerves are I need of some support hence the B12 & a thank you from me!

Great product so far, will give it a few months before definitive answer!

I ordered these products within the last month in the hope they may help
with my osteoarthritis and peripheral neuropathy caused by a trapped nerve in my spine. A recent MRI showed I have arthritis everywhere! I’ll let you know how I get on.

I just want to say I stand by British supplements, I originally ordered ginkgo for Tinitus but noticed all the other benefits from taking this within a month, my mind is clearer and everything feels more sharp. I am still taking it for tinitus and hoping to see some results soon, are there any other recommendations for tinitus available? Keep up the Great work Chris’s

Along with other health problems, I’m experiencing some swollen ankle’s and feet lately. I already have a stack of B S supplies and have added Mega Magnesium and Dandelion. I need feel in control of what I put into my body and along with feet up with rest I am feeling better results. Never wanting GP medication for water retention, especially after having experienced seeing the side affects with those my late Mother took, and then with disastrous results, I never want it to happen to me. So watch these reviews and make your own mind up, Chris and team are opening a way for us to help our bodies heal themselves, but do your research. Thank you Chris & BS workers, keep it up.

I've taken other Ashwagandha supplements before but none with such a good effect as these. My sleep has been undisturbed since taking and my morning mood in general has improved. Next I'll be getting some Lion's Mane to combine with these. Great communication from the team. Thank you very much.

I firmly believe that the products here at British Supplements are the real deal. Both my wife and I are taking B12 along with vitamin D and the results are plain to see. Energy levels and mood have lifted significantly for both of us. Thank you team 🙏🏻